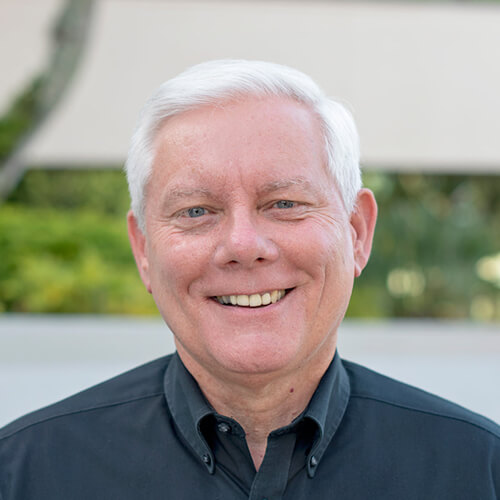 Ron and his wife Rodetta have been married 43 years. They have actively served the Lord together in ministry during the entire time and are co-founders of Care for Pastors. Ron’s main role at Care for Pastors is ministering to hundreds of pastors annually through counseling/mentorship in-person or by FaceTime/Skype. He has been a Pastor for 40 years and understands the stress of ministry and wants to share his longevity in ministry with other pastors and help them finish well. Another role Ron serves in is our Care for Churches Initiative, where he takes counseling, mentorship, and coaching on-site to multi-staff churches. 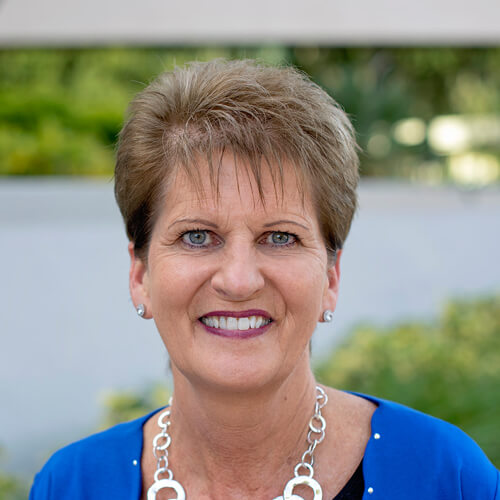 Rodetta and her husband, Ron have been married 43 years. They have actively served the Lord together in ministry during the entire time and are co-founders of Care for Pastors. Rodetta has a passion to minister to pastors’ wives who need the message “they are worthy.” Her main role at Care for Pastors is ministering to those pastors’ wives through “The Confidante” program. She also coordinates all events for Care for Pastors. 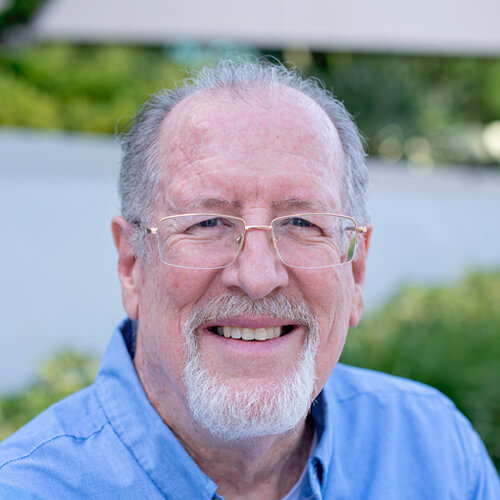 Dr. Robert White was raised in central Florida and completed his Bachelor’s degree at the University of Central Florida. After college, he completed the Master of Divinity and Doctor of Ministry degrees at Luther Rice Seminary in Atlanta, Georgia. For more than 40 years he has served as pastor of churches in Florida and in Massachusetts. In October 2016, Dr. White joined Care For Pastors as a Pastoral Counselor/Coach. Robert currently resides with his wife, Kaye, in Leesburg, Florida. 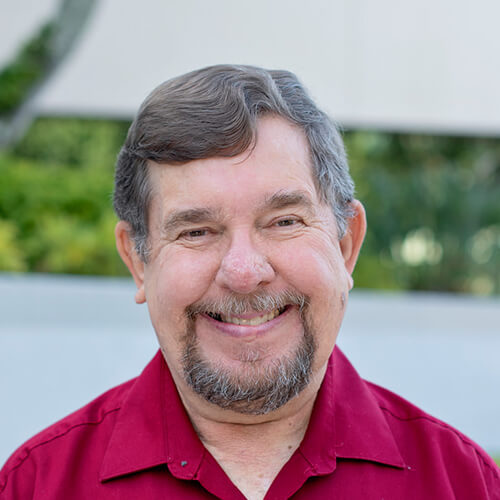 Chris is a graduate of Luther Rice Bible College and Seminary with a Bachelor of Arts in Biblical Studies and a Masters of Arts in Ministry. He currently serves as the Pastor of Congregational Care at Embrace Church in Montverde FL. He previously was the Senior Pastor at First Baptist Church of Rock Springs in Apopka, FL. He and his wife Donna are blessed with their three children and three grandchildren. 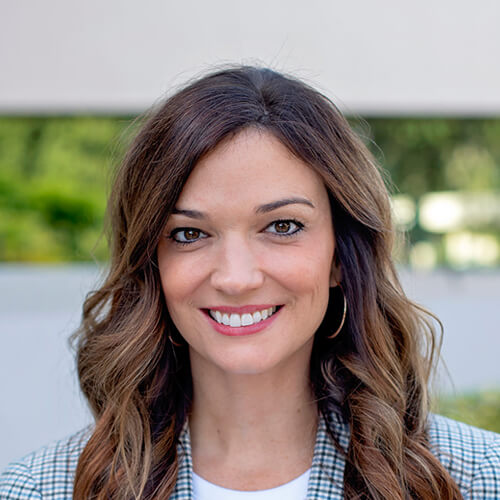 Krissie was born and raised in Texas. She has two amazing boy/girl twins, Joah and Selah. Krissie is a Licensed Professional Counselor in the state of Texas. She holds a Master’s Degree in Marriage and Family Counseling from Southwestern Baptist Theological Seminary. For over 8 years, Krissie has counseled with people of all ages and from all different backgrounds. Her experience and training have prepared her to work with individuals and families struggling with depression, anxiety, parenting, grief, and everyday life stressors. Krissie has an extensive background working with local churches and ministries. She grew up a Pastor’s kid and served in the ministry alongside her husband for eight years.

Jennifer was born in Alabama and grew up in East Tennessee from the age of 9 as a pastor’s child. Jennifer is married to Ryan, a Worship and Student Pastor, and they have two amazing children, Grant and Victoria. They have been in ministry together since 2001 and currently reside near Houston, Texas.  She holds a Masters of Social Work from Florida State University and is a licensed clinical social worker in several states. Jennifer has been in Christian counseling since 2004, first with the Tampa Bay Baptist Counseling Center and later in private practice. Jennifer is a certified clinical trauma professional and is trained in Accelerated Resolution Therapy(ART ®), an eye-movement therapy for trauma. Jennifer is also trained in equine-assisted psychotherapy, alpha-stim treatment, Heartmath Biofeedback, and Gottman couples therapy.

Brian has been married to Nealy for 25 years, and they have three children. He has 25 years of experience serving in the ministry and non-profit worlds. Brian began his ministry journey as the solo pastor of a small church, left there to help plant a church, later served as the lead pastor in a larger congregation, and currently serves as a Campus Pastor in a multisite ministry. He has helped organizations raise well over $20 Million for mission and ministry. Brian says that God used CfP to save his marriage 7 years ago, which is why he’s passionate about this ministry today. 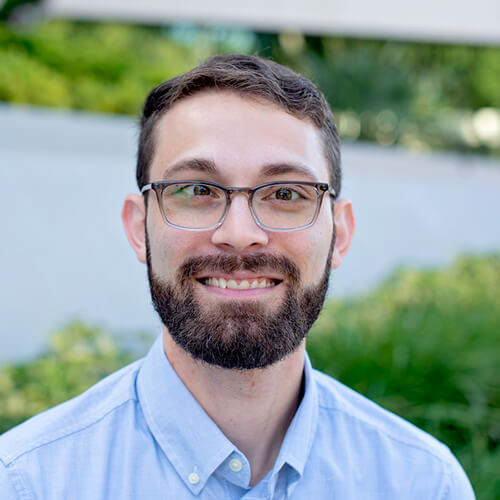 Jared has served as Care for Pastors’ Marketing & Media Director since March 2014. Growing up he planned to go into a career in architecture but discovered his passion for the world of graphic design and marketing. He graduated from Orange Technical College in 2010 with a degree in Multimedia Design and continues to do work in the areas of design, branding, and marketing. His desire in serving with Care for Pastors is to see his work being used to make an impact in the lives of pastors, their families and the churches they serve. He has been married to his “Pretty Girl” Jenni since 2014 and has two amazing daughters, Adeline and Alison. 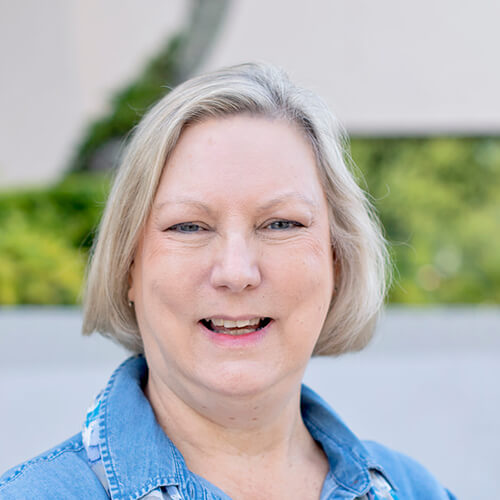 Patti has been volunteering with Care for Pastors with The Confidante for Pastors’ Wives for 7 years after her and her husband received counsel from Care for Pastors as a way to give back to the ministry. She joined the Care for Pastors staff in January 2020. Patti is one of the administrators of The Confidante Private Facebook group for pastors wives and is a regular contributor to weekly blogs. She loves to use her gifts and abilities to support the needs of the ministry. Patti has been married to her Pastor husband Keith for 36 years. They have 3 adult children who all to their delight live in Florida. 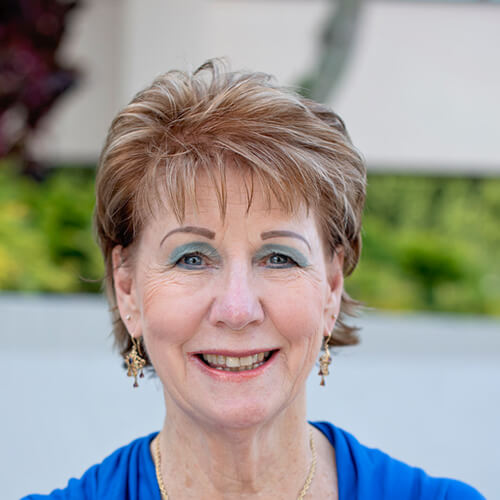 Kathy has been involved with Care for Pastors since 2006 and assumed the role of Financial Administrator in January 2017. She has been married to a “PK” (Preacher’s Kid) since 1976 and has 1 daughter. 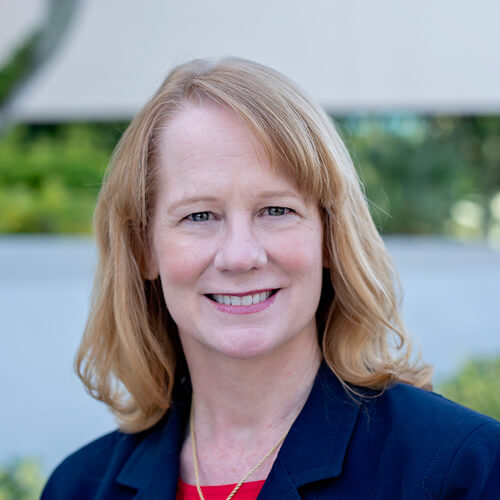 Christy became involved with Care for Pastors through “The Confidante”. Her desire is to help women heal and grow in the Lord. She has been a Pastor’s wife for over 15 years. She has been married to her husband, Paul since 1994 and they have 3 children, Lacey, Chloe and Tater. Christy answers the phones, greets guests and assists where needed here at CfP.

Jeff is a highly successful, resourceful business owner that has many years of experience in building relationships that matter. He understands the power of joining the business owners who know how to make money with a cause that makes an eternal difference! He and his wife, Patty, have been allies for pastors and their wives for years before he joined this nonprofit Board, already encouraging others to Get Involved. He and his wife Patty have a burning desire to serve the Lord, especially in the area of providing care for pastors. They live in Florida with two of their children and live with the anticipation that their efforts will yield great fruit for the Kingdom of God, and the benefit of their children’s children!

Ron earned his BS degree from Liberty University in 1979. Upon graduation, he pastored two churches in West Virginia from 1980-1988 before returning to Lynchburg, VA, to complete his Masters Degree in Counseling at Liberty. He was also on the pastoral staff at Thomas Road Baptist Church in Lynchburg from 1989-1997. Ron and Rodetta came to Florida to serve at First Baptist Church of Leesburg, and in April of 2000 he was called to be the Senior Pastor at a new church plant called Southpointe Baptist Fellowship. During their service at Southpointe, the church grew to over 800 members with multiple services and several community affecting outreaches.

The ministry of Care for Pastors was launched in 2004 and the church was very supportive of the mission of CfP. At the Holy Spirit’s leading, Ron stepped out of his role as Lead Pastor at Southpointe Baptist Fellowship in January of 2011 to dedicate his full attention to the development of this nonprofit, to ensure it reached its full potential to minister to pastoral families. His passion to care for pastors includes helping others get involved to make an eternal difference.

Mike applies the servant leader model of Christ in his personal and professional life. He received Christ at age 7 and became an ordained deacon in 2009. A longtime resident of Clermont, FL, he started Restorsurance Services in 2006, a successful Central Florida-based roofing company and has been married to his wife, Tonya since 1992. Mike’s passion is the “Joy of Service”. He’s lead small groups, children’s church, VBS and continues to sit on multiple committees at his home church in Montverde, FL. Eager to apply his talents and time to support and help develop Care for Pastors, he is always one to get involved and to encourage others to join him.

Kathy moved to Central Florida after graduating Syracuse University with her B.S. in Elementary and Special Education. After several years of teaching in the in the Sumter County School District she went on to earn her Master’s Degree in Educational Leadership from St. Leo University.  For more than a decade, she has served the students and community as a school principal and district administrator in Sumter County Schools. Over the last 20 years, Kathy has had the opportunity to actively serve in churches as a children’s ministry director, VBS coordinator, leadership team in a church plant and various teaching roles from Pre-School to adults. Through many friendships with pastors, pastors wives and their families, she sees the ongoing need to get involved and support Care for Pastors.

Dan grew up in the mountains of PA and moved to Florida at the age of 13. He and his wife, Sara, have been married 30 years. They have two precious girls, Savannah 18, and Grace 13, and reside in Windermere FL. In his free time, he loves spending time with the family, fishing, and camping.

Dan was raised in the church by Christian parents, and at the age of 12  gave his life to Christ and was baptized at a summer camp.

At the age of 16, he was hired by the Walt Disney Company as an entertainment performer. After graduating high school, he became an Entertainment Coordinator supporting the Disney character department, parades, park shows, and special events. From 1999 to current day, he has worked as a Disney Entertainment Manager.

Dan has a passion for supporting those in the ministry of the Lord and Savior Jesus Christ, and he and his wife and proudly support Care for Pastors.