Patti has been volunteering with Care for Pastors with The Confidante for Pastors’ Wives for 7 years after she and her husband received counsel from Care for Pastors as a way to give back to the ministry. She joined the Care for Pastors staff in January 2020. Patti is one of the administrators of The Confidante Private Facebook group for pastors' wives and is a regular contributor to weekly blogs. She loves to use her gifts and abilities to support the needs of the ministry. Patti has been married to her Pastor husband Keith for 36 years. They have 3 adult children who all to their delight live in Florida.

The Need for Friends

I’ve wrestled all week with how to write this particular blog post as well as the next one, because I want to be honest but not ever hurt the feelings of anyone who has been a part of my life in the past. But I can only write about my individual experiences. So here it goes…

You may have heard it said before that people come into our lives for a reason, a season or a lifetime. That is the best way to describe my own personal acceptance of how people have come in and out of my life for the past twenty plus years. I just never know which category they are going to fall into.

At times I have met someone who I felt a little more drawn to than others, and she has seemed to reciprocate that same connection. But after only a few times spent talking together it has become very clear that what she is looking for is a closeness with her pastor’s wife, NOT with the woman behind the position. She desires advice and guidance for her own life but shows no interest at all in mine.

She doesn’t act in a cruel manner, and it’s obvious that she genuinely likes me, but it’s best described as a one-sided friendship. She needs me to be HER friend, to know her more than I would through basic church functions, but she doesn’t see me as someone who might need a friend too. And that’s okay. There is a reason that God has placed her in my life at that time. It might be so that I can give her what she is desperately needing in a time of struggle. Or it might be so that I learn something about myself during our conversations or that I learn some skill the Lord is going to use in me in the future.

But it still doesn’t fulfill that ache to be equally yoked in friendship. For “two are better than one because they have a good reward for their efforts. For if either falls, his companion can lift him up; but pity the one who falls without another to lift him up.” (Ecclesiastes 4:9-10 HCSB) And sometimes I do fall, and the hand of a friend brings great comfort. But I’ve also fallen and looked up to find no hands reaching down.

I remember one Sunday when I was especially spiritually broken and just could not bring myself to sit upfront like I normally do with all eyes behind me. I knew that as I communed with the Lord that morning, I would most likely break down, and I didn’t want to do that in front of everyone. So I chose to sit at the back near the sound booth instead. That way I could still be a part of the service without making a spectacle of myself.

You know what happened? One and then two, and then six, and then a dozen or more people began turning around to stare at me. No one came to my side. No hand reached out. Instead I guess I really freaked them out. But I can’t be angry. No one knows what to do when a pastor or pastor’s wife is in a moment of brokenness. Maybe that’s something our churches need to teach? But in the moment, the lack of deep friendships can be painful.

I’ve also had seasons though when there has been an abundance of friendships, especially when Ryan was in Youth Ministry. We had adult youth sponsors who we traveled with, cried with, laughed with, played practical jokes with and ate with. We did a LOT of life together and natural bonds formed tightly. But when you are called to another church or another ministry within the same church, those bonds can begin to loosen simply due to lack of time together. It’s not that the friendships weren’t real in the first place, it’s just that they were for a season. We mourn them when they are gone, and find ourselves saying, “remember the times….” But even though many of those friendships have passed, I still cherish them greatly.

But then there are those friendships that seem to last a lifetime and you really didn’t plan it that way. I am blessed with one of those friends. In fact, before I even met her, I was mistaken to BE her! She and her husband had gotten married the very weekend that Ryan interviewed at her church. Evidently the two of us looked enough like the two of them that a couple congratulated us as we stood waiting in the hallway for the interview.

To be honest though, there was a time when I figured we weren’t really friends anymore because we had moved away and our lives had gone separate directions. She has four kids and a husband whose job keeps him busy away from home, and I have two kids and a pastor husband who drops by to eat occasionally (just kidding). Plus, one or both of us has worked the entire time since we moved.

But here is what I realized and the advice that I give to any pastor’s wife or woman in a similar life situation as ours: If you are lonely and miss having friends, think of a time when there was someone in your life who you felt complete joy to be around. A time when you could relax and “let your hair down.” A time when you were not afraid to be yourself.

Then MAKE TIME to be with her!! It may have to be via a phone call or FaceTime if she lives far away, but anything is better than nothing! I started making a point to try to visit her at least twice a year, and you know what I found? I had been CRAVING her company like I crave chocolate!! The last time we were together we made homemade facial products from some recipe book, mixing together crazy concoctions of tomato juice, cornstarch, cocoa powder, essential oils, etc., and laughing our heads off.

Her friendship reboots my life and my energy level in a way that is hard to describe. But I know that although I’m sad when I leave her, I’m also more ready to face the days ahead. I pray that you find and make time for a lifetime friendship like that. It’s worth the effort!

← Prev: My Identity in Christ Next: The True Measure of a Woman →

My Identity in Christ

As we begin a new month, I want to talk about a subject that I think we...

END_OF_DOCUMENT_TOKEN_TO_BE_REPLACED 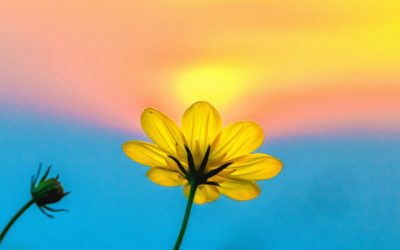