Patti has been volunteering with Care for Pastors with The Confidante for Pastors’ Wives for 7 years after she and her husband received counsel from Care for Pastors as a way to give back to the ministry. She joined the Care for Pastors staff in January 2020. Patti is one of the administrators of The Confidante Private Facebook group for pastors' wives and is a regular contributor to weekly blogs. She loves to use her gifts and abilities to support the needs of the ministry. Patti has been married to her Pastor husband Keith for 36 years. They have 3 adult children who all to their delight live in Florida.

Something for God to Do

As a Christian believer teenager, without the support of a believing family, I often found myself in a spot of wanting something to happen but not having the supportive faith family or the personal resources to make it happen.

I remember often repeating and believing the phrase “If God doesn’t do it, it won’t get done.”

That is where so many times I lived. Whatever “It” was; a youth weekend retreat, a chance to go to a Christian musical event, to be invited to a group event, to merely sit on the front row at church with a Christian family…whatever it was I desired, I knew I needed God to intervene on my behalf or “It” would not be so.

I also remember being quite content with this process of desire and waiting on the Lord. There were times as a teenage girl of disappointment at being left out, or not being able to afford that weekend trip on my own, but I always accepted that if God didn’t step in on my behalf, it was okay. There were other times that God did step in and I knew it.

Without spiritual support and no personal resources of my own to make things happen, there was a freedom to let God handle it.  “Something for God To Do.”

Now many decades of adulthood have passed and I have had that spiritual support and have had resources to make things happen, but I find myself returning to that simple teenage time of faith, acceptance, and freedom of giving God “Something To Do.” Sometimes it’s for no other reason than to strengthen my faith by letting God into the desires of my heart and seeing what He will do with them.

Just like my years as a teenager, I have had to let the disappointment wash over me as an adult, but then there are times of wonder as God has indeed stepped into the most personal part of my desires and made things happen. In those times I am transported back to the simple faith of my teenage years.

Not long ago a friend gave me a box with the label “Something for God To Do.”  Inside were small blank pieces of paper. She explained that she had such a box filled with desires, prayers, requests, dreams, and hopes all written on tiny pieces of paper. When she knew she had come to the end of her resources and abilities to accomplish any of these on her own, she wrote them down and placed them in her box. Over the years, she explained to me that most of what she placed in the box was indeed handled by God, not by her. She had given them over as “Something for God To Do,” and she left them there.

Now I have such a box in my adult years that picks up where my teen years began.  “Something for God To Do”…my faith is growing, my stories are growing, my life is free when I give it to God.

Perhaps there is something you are trying to do on your own? Maybe it’s “Something for God To Do?” Give it to God and live in the freedom of faith.

← Prev: Where Does a Christian Turn When Dealing with Anxiety? Next: Four Key Ways to Deal with Failure → 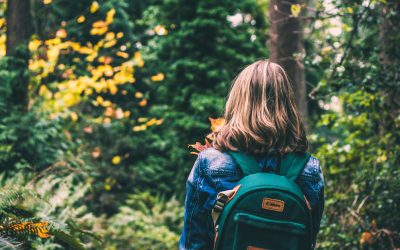 By Christy K. At our “Better Together” retreat in October, one of the...

END_OF_DOCUMENT_TOKEN_TO_BE_REPLACED 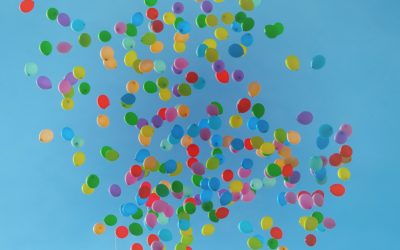 You Cannot Take My Joy

As each new year is about to begin, I start to ponder a word that I will...